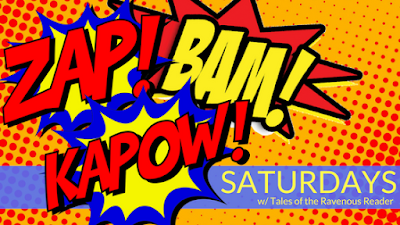 Welcome to our new weekly feature – Zap! Bam! Kapow! Saturdays. I needed an outlet to chat about all of the great comics and comic-y things I do, especially with YA darlings Margaret Stohl writing The Mighty Captain Marvel and Rainbow Rowell writing Runaways. So here you’ll find tidbits about what I’m reading, collecting, fangirling, over and looking forward to.
What I’m reading (and seeing and watching!) this week…
I have dubbed this week THE WEEK OF SPIDER-MAN because I did a lot of things Spider-Man this week. #sorrynotsorry but you’re getting a recap of all of them!

I am basically the last person on the planet to see it but 1. I didn’t realize it was out until release day and 2. Release day coincided with all that traveling I did. ANYWAYS, I loved it and here’s why:

I also took a deeper look into the OTHER Spider-Man (and woman!).
DYK Peter isn’t the only kid with spidey sense? Two other notable spideys include Miles Morales (also Spider-Man) and Cindy Moon (you may know her as Silk). It wouldn’t be a week of Spider-Man without them. I did read Miles Morales Vol. 1 and would recommend Jason Reynold’s version. Just saying. I’ll have to get back to you about Silk because I am not finished yet.
A deeper look at Miles Morales by Jason Reynolds 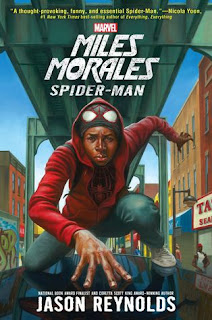 One of my favorite booksellers described this book as 25% Spider-Man and 75% Jason Reynolds, which is completely accurate. I absolutely LOVED Miles Morales and can’t recommend it enough. What Jason does to transform the history and legacy of Miles in just 272 short pages is incredible.
Miles is a 15 year old black-Puerto Rican youth with a whole lot going on and, oh, he also has the same powers as Spider-Man. The old mantra “with great power comes great responsibility” sounds great except when you’re trying to keep your grades up at your all-white private school and the world is working against you. Miles has to worry about his parents and his neighborhood far before he will be saving the world, a lesson his dad shares with him at the very beginning of the story. To say I loved the family dynamics in this story is an understatement.
Without spoiling the story, I have to tell you…The villain in this story? Jason knocked it out of the park and hit home on our current world. Miles doesn’t have all the privileges we see in typical superhero stories, which makes his story compelling and true. I can’t recommend this enough!
I also had the opportunity to see Jason speak about Miles this week and it was a treat. Signed copies of the book are available at Kepler’s and I’m giving away a signed ARC at the end of this post, as well 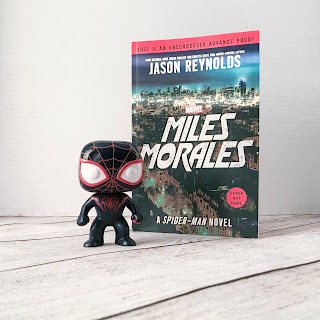 My Miles Morales Funko Pop isn’t new but I did jailbreak him out of his box for this photo. I love his spidey-suit!

News you need to know.
We are having this “debate” way too often. 😒

Excellent and interesting thread about women making/reading comics and whether it’s bad for business. (Spoiler: It’s not!) https://t.co/yXrQHezIdk

I recapped the #Cursed panel from SDCC. ICYMI, Cursed is an adult comic project from John + Carole Barrowman and Erika Lewis! I’m super stoked for this!

Gotham Academy: Second Semester #12 – Last issue and I am devastated. Gotham Academy was the first comic I read and got me hooked on comics. I’m not ready for it to end!