Hello and thank you for joining us today for the RockStar Book Tour stop of CINDERELLA NECROMANCER by F.M. Boughan. Once we read about this book we were convinced that we wanted to be a part of the tour and we were happy to have the chance and interview F.M. Boughan and had such a great time that we cannot wait to share that experience with everyone.

Make sure to check out our interview along with the other upcoming stops on this tour. Don’t forget to enter the giveaway for a finished copy of CINDERELLA NECROMANCER at the end of this post. Good Luck!!
Title: CINDERELLA NECROMANCER
Author: F.M. Boughan
Pub. Date: September 5, 2017
Publisher: Month9Books, LLC
Pages: 324
Formats: Paperback, eBook
Find it: Amazon, B&N,  iBooks, TBD, Goodreads 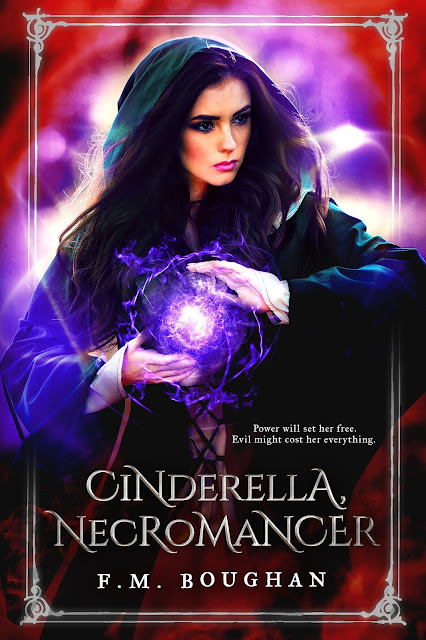 CINDERELLA,NECROMANCER is CHIME meets ANNA, DRESSED IN BLOOD and was inspired by a real medieval grimoire of necromancy from 15th-century Germany.
Ellison lost her mother at an early age. But since then, her father has found love again. He’s happy and doesn’t quite notice that Ellison does not get along with his new wife or her mean daughters.
When Ellison discovers a necromantic tome while traveling the secret passages of her father’s mansion, she wonders if it could be the key to her freedom.
Until then, she must master her dark new power, even as her stepmother makes her a servant in her own home. And when her younger brother falls incurably ill, Ellison will do anything to ease his pain, including falling prey to her stepmother and stepsisters’ every whim and fancy.
Stumbling into a chance meeting of Prince William during a secret visit to her mother’s grave feels like a trick of fate when her stepmother refuses to allow Ellison to attend a palace festival.
But what if Ellison could see the kind and handsome prince once more? What if she could attend the festival? What if she could have everything she ever wanted and deserved by conjuring spirits to take revenge on her cruel stepmother?
As Ellison’s power grows, she loses control over the evil spirits meant to do her bidding. And as they begin to exert their own power over Ellison, she will have to decide whether it is she or her stepmother who is the true monster.

Tales of the Ravenous Reader Q&A with F.M. Boughan
Front and center is Ellison, the main character, actively summoning her power—which I think is fantastic, because it shows how she’s the kind of person who will stand up and act instead of hide and wait to be rescued. She’s scared and she knows that she’s in a dangerous situation, but she’s ready to do what needs to be done to keep her family safe. The purple is representative of the purple-black smoke that appears when she begins calling up spirits, which I was really happy to see.
I’m also kind of obsessed with that pink lipstick they gave her. I didn’t write lipstick into the book (it doesn’t, uh, fit the material), but dang… I need to find that shade! It’s gorgeous! I’m creating head canon that says she wore it to one of the royal balls. Haha.

Basically, I read all the original versions of Cinderella and tried to answer these questions: What if there was no fairy godmother? What if, instead of waiting around to be saved, Cinderella found a way to save herself? I was inspired by the resources I’ll mention in my answer to question #4, and everything kind of snowballed from there.

3. Kiss, Marry, Kill – Give us your choices (and why!) with characters in the book.
Can I do “High Five, Hug, Sucker-Punch” instead? It’s more my speed!
High-Five: Liesl, Ellison’s best friend and a competent young woman in her own right. Liesl is probably my favorite secondary character in the story because she knows her own mind, knows her worth, and chooses her own path. I’d totally hang out with her.
Hug: Gretel, the house cook. I can’t say much for the sake of spoilers, but Gretel has cared for Ellison’s family for quite some time and cares deeply for them. She’s a bit brusque but has a kind heart. I’d give her a hug to say thank you.
Sucker-Punch: Both of Ellison’s step-sisters. I think this one is fairly self-explanatory, but they’re truly awful. Sometimes I re-read the scenes with them and wonder if they might have rewritten themselves to be even more awful while I wasn’t looking. Grrrrr. We hates them, precious.

4. What kind of research goes into a story about a necromancer (and how many FBI watchlists are you on? ;))
Hah! Fewer than you’d think, since most of my research actually used historical texts rather than online resources. Phew! I included a historical note in the back of the novel to offer up some specific detail about what went into writing this story, but the short version is that there were two primary history texts from Richard Kieckhefer, a professor at Northwestern University, which directly inspired the magic and necromancy used by Ellison. I also read some additional texts about ancient forms of necromancy and death magic, and mostly tapped online resources while looking into the fashion and social mores of 15th-century Germany.

5. As a debut, what was your publishing process like? What would you recommend for authors in the debut process?
Expect to do several rounds of edits. Expect to be spending a lot of time waiting for emails. Expect to do a lot of promotion on your own, and expect to doubt yourself at multiple points throughout the process. But above all—and this was advice given to me when I started the journey—keep writing the next book.
And as you go through all of this, find your people. Whether that’s a group of Twitter peeps you feel comfortable exchanging DMs with, an organized debut group, or maybe some critique partners in real life, find people who you trust and whom you can lean on during those moments of doubt and uncertainty. Having those people you can hand a rewritten scene to (for example), knowing they’ll honestly say “you can do better” or “that’s awesome,” makes all the difference in the world.
And hey… try to enjoy the process, the lows as much as the highs. If you’ve gotten to the point of being a debut, you’ve done something amazing that many other people only dream of. You actually made it happen! 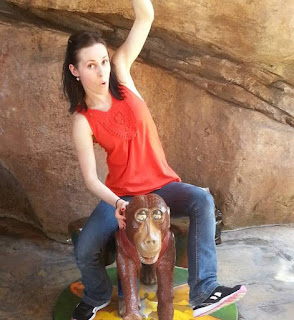 About F.M. Boughan:
F.M. Boughan is a bibliophile, a writer, and an unabashed parrot enthusiast. She can often be found writing in local coffee shops, namely because it’s hard to concentrate with a cat lying on the keyboard and a small, colorful parrot screaming into her ear. Her work is somewhat dark, somewhat violent, somewhat hopeful, and always contains a hint of magic.

You can follow Faith on Twitter (@FaithBoughan) for plenty of flailing about food (she likes to cook!), TV shows (she watches too many), and world dance (did you know she’s been performing & instructing in Bollywood-style dance for over 8 years?).

F.M. Boughan is represented by Bill Contardi of Brandt & Hochman.

1 winner will receive a finished copy of CINDERELLA NECROMANCER, US Only.