Hello and thank you for joining me today on my Freshmen by Tom Ellen & Lucy Ivison, blog tour stop. I am a big fan of Tom and Lucy’s previous novel, A Totally Awkward Love Story and jumped at the chance to join this tour and interview them both. Please check out this interview with these two fun authors and don’t forget to enter the giveaway at the end. 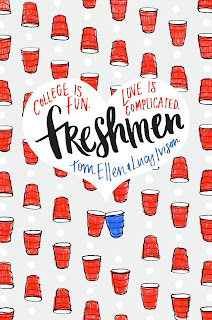 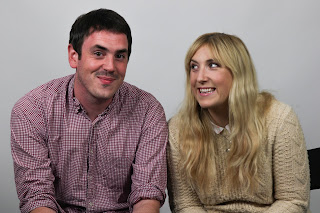 TOM ELLEN and LUCY IVISON met at the end of high school and quickly became sweethearts. Though they broke up in college, they remain best friends. Lucy is a librarian at a girls’ school in central London, where she gets most of her inspiration. Tom is a journalist and has written for Time Out, Vice, ESPN, Glamour, and many other publications.

Their first book, A Totally Awkward Love Story, was partially inspired by their own high  school relationship, with Tom writing Sam’s chapters and Lucy writing Hannah’s. Freshmen is their second novel together. Follow them on Twitter at @lucyivison.