Thank you for joining us today on our tour stop for SPEAK EASY, SPEAK LOVE hosted by The Fantastic Flying Books Blog Tour.  Since we  read about this book we have been so excited for it and adore this fun and interactive character quiz that is part of our post today. Please check it out and let us know which character that you are. Don’t forget to enter the giveaway at the end of this post and make sure to follow along with the other blogs on this tour. 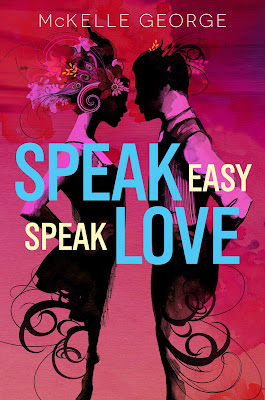 Synopsis:
Six teenagers’ lives intertwine during one thrilling summer full of romantic misunderstandings and dangerous deals in this sparkling retelling of Shakespeare’s Much Ado About Nothing.

After she gets kicked out of boarding school, seventeen-year-old Beatrice goes to her uncle’s estate on Long Island. But Hey Nonny Nonny is more than just a rundown old mansion. Beatrice’s cousin, Hero, runs a struggling speakeasy out of the basement—one that might not survive the summer.

Along with Prince, a poor young man determined to prove his worth; his brother, John, a dark and dangerous agent of the local mob; Benedick, a handsome trust-fund kid trying to become a writer; and Maggie, a beautiful and talented singer; Beatrice and Hero throw all their efforts into planning a massive party to save the speakeasy. Despite all their worries, the summer is beautiful, love is in the air, and Beatrice and Benedick are caught up in a romantic battle of wits that their friends might be quietly orchestrating in the background. 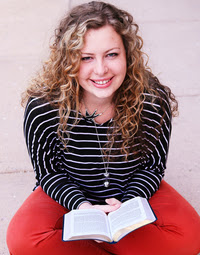 McKelle George is a reader, writer of clumsy rebels, perpetual doodler, and associate librarian at the best library in the world. She mentors with Salt Lake Teen Writes and plays judge for the Poetry Out Loud teen competitions (but has no poetic talent herself). Her debut young adult novel Speak Easy, Speak Love comes out from Greenwillow/HarperCollins in 2017, and she currently lives in Salt Lake City with an enormous white german shepherd and way, way too many books.