When it all started we shared the ins and outs of Serial Box and Remade. Last year, we reviewed season 1. Last week, episode one premiered. We are back today to chat the first two episodes episodes!

by Andrea Phillips
A figure from the group’s past reappears, bringing up some serious questions about their remade lives. Is anything they thought they knew true? Can caretakers ever be good? And, most important, who can they trust?
One moment proved fateful for a group of teenagers—and not just because it’s the moment they all happened to die. At the moment of their deaths, they were snatched forward into the future and remade in a world they hardly recognize. Now, after facing murderous robots and an unpredictable environment, the teens have begun to find their footing. But can they survive long enough to figure out why they were remade? And will they ever be able to stop running?
Patch Job (s02e01) – Review

SQUEEEEE #ReMade is BACK and it wouldn’t be the dystopian sci-fi we love if it didn’t leave me with more questions than answers. Spoilers below.

So quick catch up from last season – ReMades are not all on the same page and just when you think it can’t get crazy enough…Previously dead (?) character, Jing Wei, waltzed back on the scene, leaving us all like WHAT HOW. This season opened up and showed us what she’s been up to since she died in the ReMade world and was apparently brought back? We still don’t know how but we may know why – she has the ability to fix things (robots) from the most random of parts. We also got a glimpse into her previous life through reflection.
The serialized nature of the story allows us to have these personal moments with the characters, something I enjoy as a person who enjoys a character driven story. I can already tell this season is going to be full of twists and turns. What the heck are the caretakers up to?

Signal to Noise
by Matthew Cody
Upon arriving at Sanctuary, the group is faced with two clearly malicious and dangerous caretakers. But they’ve come this far, and are determined to get inside. The only thing to do is stand and fight—whatever that may take.
One moment proved fateful for a group of teenagers—and not just because it’s the moment they all happened to die. At the moment of their deaths, they were snatched forward into the future and remade in a world they hardly recognize. Now, after facing murderous robots and an unpredictable environment, the teens have begun to find their footing. But can they survive long enough to figure out why they were remade? And will they ever be able to stop running?
Signal to Noise (s02e02) – Review
It’s no secret that HOLDEN is my favorite. I was thrilled that we got a Holden-centered episode so early in the season. 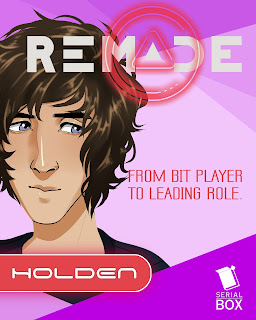 We’ve always known the intent of (some) of the ReMades was to make it to sanctuary. To get some answers. To get some peace. To make the best of this new life. So here we are, at the door to the next phase in the ReMade world. Nothing like a few caretakers to ruin that experience.
Episode two also gave us a bit more insight into Umta and the life she lead before becoming a ReMade. It’s clear she’s an outsider amongst the outsiders so learning a little more helps to cement her place in the team. It was great to see Cole, too. His story just makes me so sad.
I can’t wait to see what happens next week! Now is the perfect time to jump in, with season 1 free on podcast and two episodes into this season. 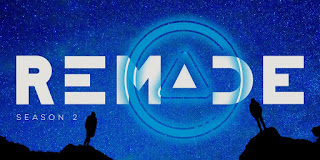 REMADE
by Matthew Cody, Andrea Phillips, Gwenda Bond, E. C. Myers, and Amy Rose Capetta
Pub. Date: November 15, 2017
Publisher: Serial Box
Formats: eBook & audiobook
Find it: Season 1 Amazon, Serial Box
Serial fiction startup Serial Box has been featured from coast to coast including stories on NPR, Wired, BuzzFeed and i09. Serial Box was called “a godsend for a niche market of readers” by The Chicago Tribune.
ReMade is one of Serial Box’s first attempts at YA dystopian fiction, and it’s already making splashes.
In one moment the lives of twenty-three teenagers are forever changed, and it’s not just because they all happen to die. “ReMade” in a world they barely recognize – one with robots, space elevators, and unchecked jungle – they must work together to survive. They came from different places, backgrounds, and families, and now they might be the last people on earth. Lost meets The Maze Runner in exciting serial adventure. Season 2 finds the ReMades in search of the last of humanity on a perilous journey away from what’s left of the caretakers and Arcadia.
In true Serial Box fashion of trying to cross over many mediums, season 1 of ReMade has also been turned into a podcast available for free on all major podcast platforms (and one week early on TuneIn’s First Play program). The release of the podcast is meant to coincide with season 2. The podcast will release the final episode of season 1 on the same day as episode 1 of season 2 is released on the Serial Box platforms and wherever ebooks are sold.
Team-written by some of today’s most exciting authors, ReMade season 2 is brought to you by Matthew Cody (Super), Andrea Phillips (Revision), Gwenda Bond (Girl on a Wire), E. C. Myers (The Silence of Six), and Amy Rose Capetta (Echo After Echo). 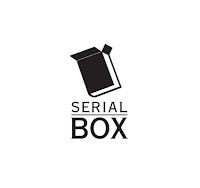 About Seral Box:
A new kind of publishing company for a new age.
While technology has rapidly evolved, the way publishers and writers bring books to readers really hasn’t. Storytelling in TV has become more sophisticated and multilayered, podcasts have risen to mainstream media status—but ebooks are just books on digital devices, not easier, more fun, or more social than they were before.
Serial Box is here to change all of that: artfully blending together the best of series television and the convenience of ebooks and audiobooks to bring readers a new form of story telling. Releasing fiction serials over the course of 10-16 week seasons, Serial Box is about delivering addictive episodes straight to the user’s digital device to be read or listened to anytime, anywhere.
Taking a few pages from the world of television, Serial Box hires a team of a talented and award-winning writers to collaborate on each serial, pulling the best ideas to develop great characters and craft a narrative that captivates readers over the course of the season. A new ensemble of writers works on each series, so each will vary in genre and length, but they’ll always be entertaining page-turners that keep you wondering what will happen in next week’s episode.
Website | Twitter | Facebook | Goodreads | Pinterest | Blog | Instagram
FOLLOW THE TOUR
Week One:
11/13/2017- Hooked To Books– Excerpt
11/13/2017- Under the Book Cover– Review
11/14/2017- Texan Girl Reads– Pre Made Post
11/14/2017- BookCrushin– Review
11/15/2017- The Cover Contessa– Excerpt
11/15/2017- Adventures Thru Wonderland– Review
11/16/2017- BookishRealmReviews– Pre Made Post
11/16/2017- Book-Keeping– Review
11/17/2017- YA and Wine– Excerpt
11/17/2017- Mom with a Reading Problem– Review
Week Two:
11/20/2017- Books, Boys, and Blogs!– Review
11/20/2017- Novel Novice– Pre Made Post
11/21/2017- BookHounds YA– Review
11/21/2017- Pooled Ink– Spotlight
11/22/2017- Smada’s Book Smack– Spotlight
11/22/2017- Hauntedbybooks13– Review
11/23/2017- Tales of the Ravenous Reader– Review
11/23/2017- Twirling Book Princess– Spotlight
11/24/2017- Two Chicks on Books– Excerpt
GIVEAWAY
a Rafflecopter giveaway
Add a Comment
Share