Thank you for joining me on Tales of the Ravenous Reader today because I have the exclusive cover reveal for Abigail Johnson’s upcoming YA novel, EVEN IF I FALL. I have been a big fan of Abigail Johnson for years and was honored when she contacted me for her cover reveal. If you are a fan of Abigail’s books you know her covers are all stunning and this one is no different. So, without further delay scroll down for EVEN IF I FALL and prepare to be amazed. If you like what you see please give some love and let Abigail know what you think in the comments. 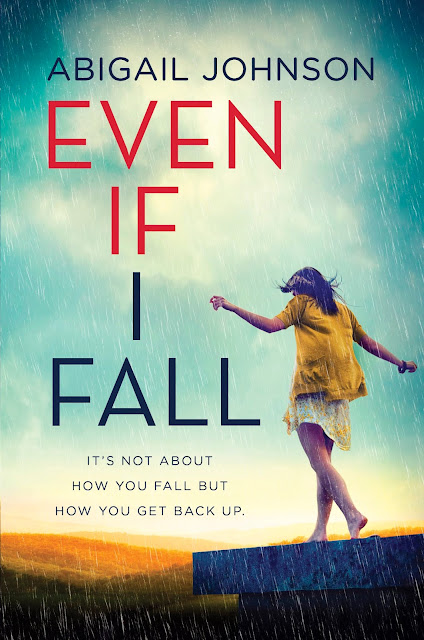 Don’t miss this deeply emotional, romantic and layered novel from Abigail Johnson, whose stories have been described as “smart,” “heartfelt,” “genuine” and “complex.”
A year ago, Brooke Covington lost everything when her beloved older brother, Jason, confessed to the murder of his best friend, Calvin. Brooke and her family became social pariahs, broken and unable to console one another. Brooke’s only solace remains the ice-skating rink, where she works but no longer lets herself dream about a future skating professionally.
When Brooke encounters Calvin’s younger brother, Heath, on the side of the road and offers him a ride, everything changes. She needs someone to talk to…and so does Heath. No one else understands what it’s like. Her brother, alive but gone; his brother, dead but everywhere. Soon, they’re meeting in secret, despite knowing that both families would be horrified if they found out. In the place of his anger and her guilt, something frighteningly tender begins to develop, drawing them ever closer together.
But when a new secret comes out about the murder, Brooke has to choose whose pain she’s willing to live with—her family’s or Heath’s. Because she can’t heal one without hurting the other.
EXCERPT
Even If I Fall by Abigail Johnson

Even If I Fall copyright © 2019 by Abigail Johnson

OTHER NOVELS BY ABIGAIL JOHNSON 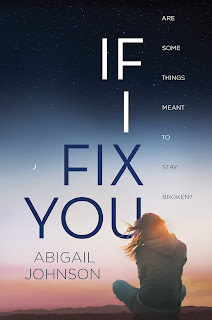 IF I FIX YOU
Genre: Contemporary Young AdultAge Range: 14 and upPublisher: Harlequin TeenRelease Date: October 25, 2016Formats: Hardcover, Paperback, eBook, Audiobook
Readers of Sarah Dessen, Cammie McGovern and Morgan Matson will adore this thought-provoking, complex and romantic contemporary novel from debut author Abigail Johnson, about finding the strength to put yourself back together when everything you know has fallen apart.
When sixteen-year-old Jill Whitaker’s mom walks out-with a sticky note as a goodbye-only Jill knows the real reason she’s gone. But how can she tell her father? Jill can hardly believe the truth herself.
Suddenly, the girl who likes to fix things-cars, relationships, romances, people-is all broken up. It used to be, her best friend, tall, blond and hot flirt Sean Addison, could make her smile in seconds. But not anymore. They don’t even talk.
With nothing making sense, Jill tries to pick up the pieces of her life. But when a new guy moves in next door, intense, seriously cute, but with scars-on the inside and out-that he thinks don’t show, Jill finds herself trying to make things better for Daniel. But over one long, hot Arizona summer, she realizes she can’t fix anyone’s life until she fixes her own. And she knows just where to start… 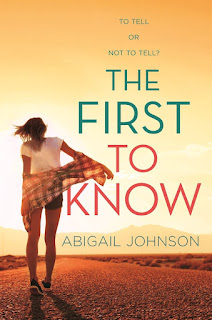 THE FIRST TO KNOW
Genre: Contemporary Young AdultAge Range: 14 and upPublisher: Harlequin TeenRelease Date: November 7, 2017Formats: Hardcover, eBook, Audiobook
Don’t miss the second gripping and heartfelt story from the author of If I Fix You! A girl’s plan to find her father’s birth family turns potentially devastating when the secret DNA test she has done reveals that she has a half brother her age she never knew about.
Dana Fields’s father never knew his parents. When Dana secretly does a DNA test for her dad, hoping to find him some distant relatives for his birthday, her entire world implodes. Instead of a few third cousins, Dana discovers a half brother her age whose very existence means her parents’ happy marriage is a lie.
Dana’s desire to know her half brother, Brandon, and the extent of her dad’s deception, clashes with her wish not to destroy her family. When she sees the opportunity to get to know Brandon through his cousin, the intense yet kind Chase, she takes it. But the more she finds out about Brandon, her father’s past and the irresistible guy who’ll never forgive her if he discovers the truth, the more she sees the inevitable fallout from her own lies. With her family crumbling around her, Dana must own up to her actions and find a way to heal the breach—for everyone—before they’re torn apart for good.
ABIGAIL JOHNSON 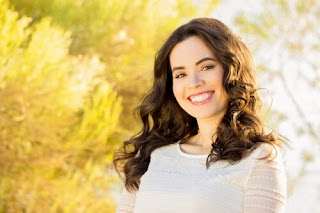 Abigail was born in Pennsylvania. When she was twelve, her family traded in snow storms for year round summers, and moved to Arizona. Abigail chronicled the entire cross-country road trip (in a purple spiral bound notebook that she still has) and has been writing ever since. She became a tetraplegic after breaking her neck in a car accident when she was seventeen, but hasn’t let that stop her from bodysurfing in Mexico, writing and directing a high school production of Cinderella, and becoming a published author.
Add a Comment
Share