Hello, and thank you for stopping by on our tour stop for THAT INEVITABLE VICTORIAN THING that we have partnered with Penguin Teen as a #PRHPartner. We are fans of E.K. Johnston’s previous novels especially Exit, Pursued by a Bear and when approached with the opportunity to join this tour we jumped at the chance.
THAT INEVITABLE VICTORIAN THING is a book that will surely be on everyone’s TBR list this season and we cannot wait for everyone to read it. In honor of this novel who’s main character is a direct descendant of Victoria I, we have chosen to highlight five of the most powerful women in royal history.
Keep reading and found out more about this amazing novel, our fabulous list and make sure to enter the giveaway. Good Luck! 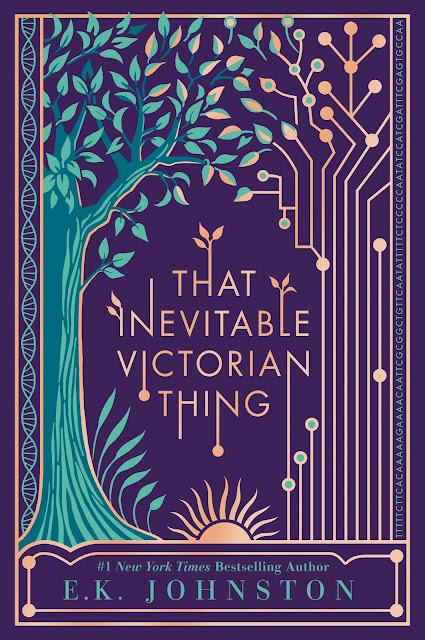 Victoria-Margaret is the crown princess of the empire, a direct descendent of Victoria I, the queen who changed the course of history. The imperial tradition of genetically arranged matchmaking will soon guide Margaret into a politically advantageous marriage. But before she does her duty, she’ll have one summer of freedom and privacy in a far corner of empire. Posing as a commoner in Toronto, she meets Helena Marcus, daughter of one of the empire’s greatest placement geneticists, and August Callaghan, the heir to a powerful shipping firm currently besieged by American pirates. In a summer of high-society debutante balls, politically charged tea parties, and romantic country dances, Margaret, Helena, and August discover they share an extraordinary bond and maybe a one-in-a-million chance to have what they want and to change the world in the process.
Set in a near-future world where the British Empire never fell and the United States never rose, That Inevitable Victorian Thing is a surprising, romantic, and thought-provoking story of love, duty, and the small moments that can change people and the world.

The pages of our history books are littered with the names of some of the most powerful men. Yet, from time to time, there have been some women who have stood out as being equally powerful as the male counterparts of their time.

Isabella I of Castile: 1451-1504Isabella I is considered to be one of the most powerful, yet controversial, queens in Spanish history. She is best remembered for sponsoring Christopher Columbus’s voyage to the Western Hemisphere, initiating the Spanish Inquisition, and unifying the remaining independent Spanish kingdoms into one nation. Isabella I co-ruled with her husband, Ferdinand of Aragón, from 1474 up until her death in 1504. 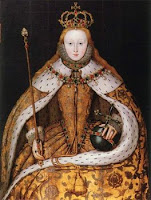 Elizabeth I of England: 1533-1603Elizabeth was truly the first crowned queen to successfully rule with absolute power. She never married and has often been referred to as the “Virgin Queen.” Elizabeth is best remembered for bringing the Renaissance to England.  Elizabeth was the daughter of King Henry VIII and his second wife, Anne Boleyn and she ruled from 1558 until her death in 1603. She was last monarch of the Tudor Dynasty and her reign is known as the “Elizabethan Era.”

Empress Dowager Cixi: 1835-1908Cixi was probably most powerful woman in China since Empress Wu Zetian of the seventh century Zhou Dynasty. Her rule began in 1861 and lasted until her death in 1908. She was an ambitious and conservative leader. She opposed foreign influence and supported the Boxer Rebellion of 1900. Cixi was the last empress dowager of the ethnic-Manchu Qing Dynasty and the last empress dowager of China. 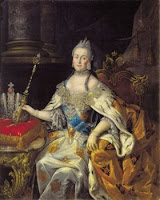 Catherine II of Russia: 1729-1796Catherine II, also known as Catherine the Great. She ruled over Russia which was and still is the world’s largest country geographically. Catherine is remembered for bringing Enlightenment ideas to Russia as well expanding the empire. Her rule lasted or 34 years, beginning in 1762 and ending with her death in 1796

Queen Victoria: 1819-1901Victoria’s empire covered 14.2 million square miles, spanning six continents.Victoria inspired a worldwide trend known as the “Victorian Era.” The Victorian Era influenced conservative religious and social attitudes, fashion, and politics in her country as well as in the United States and other nations abroad. Victoria’s reign began in 1837 and ended with her death in 1901. She ruled for 63 years; the longest of any British monarch. 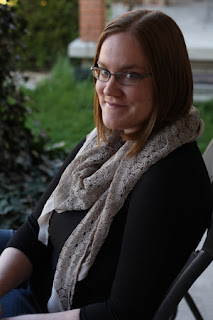 E. K. Johnston is the #1 New York Times bestselling author of several YA novels, including the L.A. Time Book Prize finalist The Story of Owen and Star Wars: Ahsoka. Her novel A Thousand Nights was shortlisted for The Governor General’s Award. The New York Times called The Story of Owen “a clever first step in the career of a novelist who, like her troubadour heroine, has many more songs to sing” and in its review of Exit, Pursued by a Bear, The Globe & Mail called Johnston “the Meryl Streep of YA,” with “limitless range.” E. K. Johnston lives in Stratford, Ontario.

Enter for a chance to be one (1) of three (3) winners to receive a hardcover copy of That Inevitable Victorian Thing E.K. Johnston. (ARV: $17.99 each).


NO PURCHASE NECESSARY. Enter between 12:00 AM Eastern Time on October 2, 2017 and 12:00 AM on October 23, 2017. Open to residents of the fifty United States and the District of Columbia who are 13 and older. Winners will be selected at random on or about October 25, 2017. Odds of winning depend on number of eligible entries received. Void where prohibited or restricted by law.